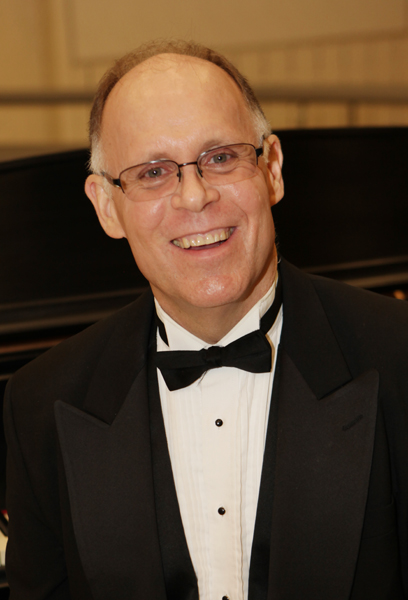 Les Rowsey is the Director of Music for West Michigan Community Chorale.  He also currently teaches voice lessons to community adults and high school students in the Grandville and Jenison area. Les is having a wonderful time in “Re-FIREment," adjudicating MSVMA festivals and is a vocal clinician for numerous MSVMA member schools. Previously, he taught forty years in the public schools, the last thirty in the Jenison Public Schools at Jenison Junior and Senior High. He taught two mixed choirs, two women’s choirs and a men’s choir. He also taught another extracurricular mixed choir, a predominantly a cappella men’s ensemble and operated an active voice studio of young men and adults.

During Les’ teaching career his choirs, ensembles and soloists received numerous first division ratings at District and State Festivals. His groups appeared at various conferences and conventions on eight occasions, and the ChamberSingers were invited to perform at the Michigan Youth Arts Festival twenty-one times, most recently in the spring of 2016 at the MYAF Opening Gala. An active member of the Michigan School Vocal Music Association (MSVMA), he has adjudicated, twice served as District Manager, hosted numerous District and State events, and directed State Honors Choirs in 1991, 2000, 2001 and 2012. Les was honored with both Jenison Public Schools Teacher of the Year and a State Board of Education Finalist for Michigan Teacher of the year in 1991-1992. He was named MSVMA Teacher of the Year in 2000, and in 2013 received the Western Michigan University Pioneer Music Educator Award for teaching excellence. Les received his BA in Music from Olivet (MI) College in 1977, his MA in Choral Conducting from WMU in 1985, and continues to attend conventions, clinics and workshops as he seeks to constantly improve his teaching, directing and support of the Choral Art. He is a life member of The American Choral Directors Association (ACDA), and an MSVMA Emeritus member.

Prior to Jenison, Les also taught in the Benton Harbor and Portage public school systems. He has served on the music faculties of Western Michigan University and Cornerstone University.  He resides in Jenison with his wife Karen, while their four grown children also remain in the Greater Grand Rapids area.

Matt Kortman joined West Michigan Community Chorale at its inception as the Jenison Parent & Alumni Choir, and currently serves as its Assistant Director and President on the Board of Directors.  Having grown up in a talented musical family that included two church organists and a church choir director, Matt graduated with a BA in Secondary Education from Dordt College in Sioux Center, Iowa, in 1996.  At Dordt, he sang bass with the Chorale, Concert Choir and Kantorei vocal ensembles under the direction of Dale Grotenhuis and Benjamin Kornelis.  From 1998-2000, Matt toured part-time with Our Family Album, a musical dramatization of the history of the Christian Reformed Church in North America.  Matt also directed the choir at Bethel CRC in Edgerton, Minnesota while teaching at the local Christian school from 1996-1999.

Upon moving to Jenison in 2004, Matt joined the choir at Ridgewood Christian Reformed Church, then directed by Dale Grotenhuis, and served as substitute director on several occasions until Grotenhuis' retirement in 2012.  That fall, he assumed the role of adult choir director.

For his "day job," Matt manages inventory and marketing at TerryTown RV Superstore, where he has worked full-time since 1999. Matt and his wife have four sons, one of whom sang with WMCC before moving away to college.  The family keeps busy with sports, camping and church activities. 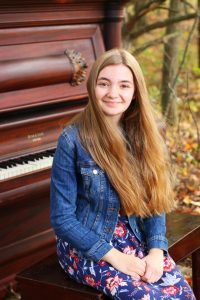 West Michigan Community Chorale is pleased to welcome Grace Krause as our accompanist for the 2022-2023 season! Grace is a homeschooled senior living at home with her family.  She has been studying piano since she was five years old and began taking advanced piano and violin lessons in high school. Grace plays piano at Diamond Springs Wesleyan Church, accompanies a middle school choir at West Michigan Homeschool Fine Arts, has accompanied the Homeschool Performing Arts, and has enjoyed performing and accompanying at several Solo and Ensemble events. She loves teaching music and has been excited to take on piano students over the past few years.

Grace has been impacted by listening to and participating in worship through classical and church music and is thrilled to have the chance to gain new experience and share the gift of music with WMCC.

Chorale Officers and Board Members